Last post, we connected some dots in the world of religion. But how about the world of an imminent extraterrestrial invasion?
Consider, if you will, these recent developments:
Hmm. Add it all up, and what do you have?
Now, we're not saying that the secret One World Government, having known about the existence of alien visitors to Earth for decades, has recently been told that these visitors are ready to reveal themselves publicly. We're not saying that, because it would be crazy. But if, let's say, Zork of the Interstellar Abyss had recently sent Ban Kee Moon a memo to that effect, what would Ban have done? Obviously, begged for a few weeks to get Earthlings ready for the greatest shock in human history.
And we're not saying that the OWG (or Trilateral Commission, or Knights Templar, or Skull and Bones) has started a slow release of "new" facts to the media, slowly preparing us to reconsider the very the claims it has spent half a century discrediting. That would make us sound like the sort of paranoid crackpot who holes up for days on end in a cramped basement, talking to himself and running off mimeographed newsletters that he sends to PO boxes without names attached. (Which, come to think of it, is exactly what blogging amounts to).
Nope. We're not saying that. All we're saying is what a wise newscaster has already said: 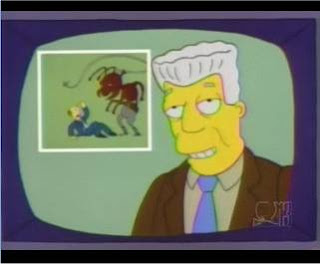 "I, for one, welcome our new alien overlords."
Posted by Father Anonymous at 7:25 AM

Are there any shelters open?

Whenever I read about some sort of natural disaster, flood, heat wave, wind storm, etc. and that "shelters have been opened" I wonder, what keeps the shelters immune from the problems? Maybe they were built by the aliens?

We are intending to vacation starting in exactly one week where the news today is that hundreds have been evacuated and shelters are open. If I learn anything, I'll report on it. Hope those aliens know how to refund our credit card payments.